Please ensure Javascript is enabled for purposes of website accessibility BY THE SKIN OF YOUR TEETH! - Ripe
Back

BY THE SKIN OF YOUR TEETH! 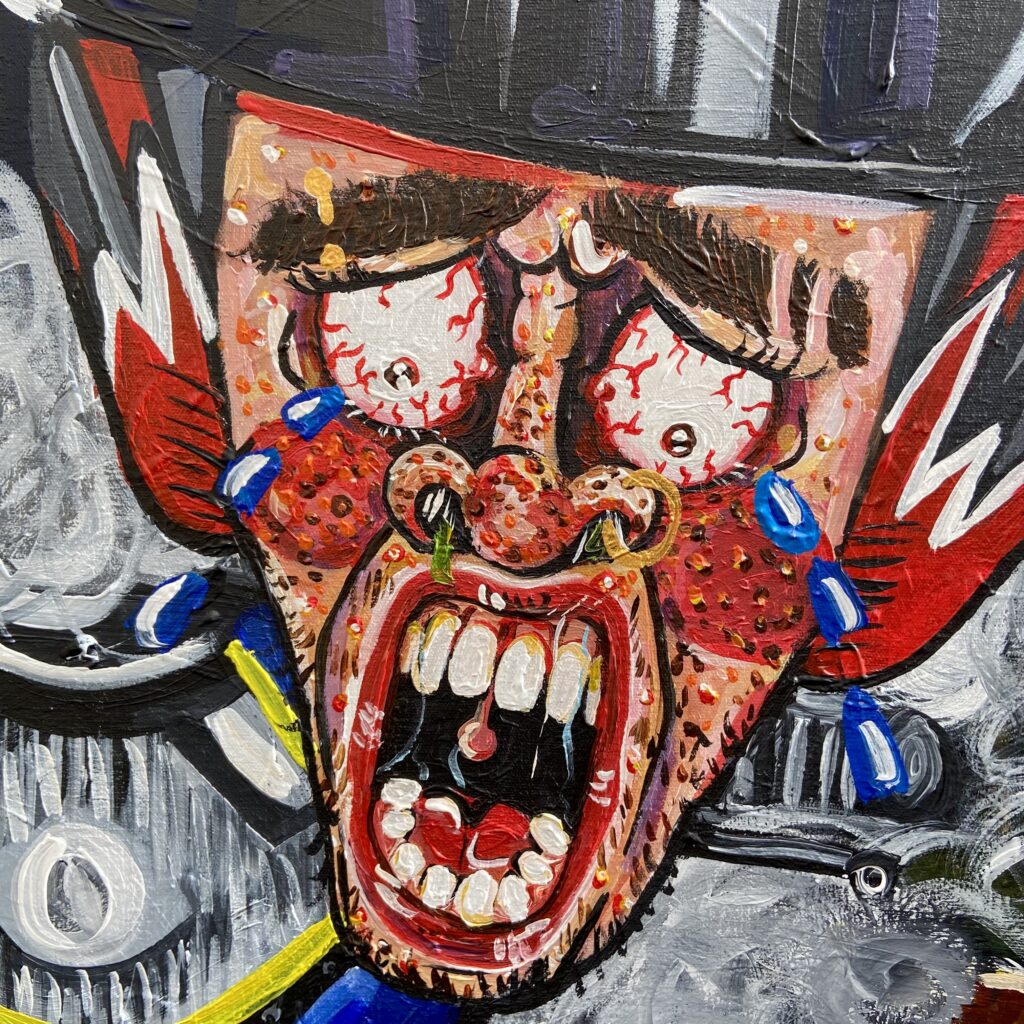 “The overall motif of this exhibition is two-wheel transport, specifically mopeds and electric scooters. This speaks to the ways young people travel around the city and has direct correlation to the traffic on the main road that cuts through Northam (A3204).

I started creating the painting ‘Ride or Die’ during my residency at Aspex, Portsmouth. It relates to an incident I witnessed in the months coming out of lockdown. A group of young lads on mopeds, toppled over one another when riding out of Aldershot. I was driving in the car behind them and made sure everyone was okay. It was my first experience of witnessing a collision, and I have since regarded the incident as a perfect metaphor for the ways in which life can bring about chaos and uncertainty when you least expect it.

The sculpture reflects on how young people are travelling around the city of Southampton. Voi scooters and electric scooters are often marketed as a method of transport that lets you move freely around urban environments in a safe and easy way, in turn, creating green cities that are full of joy – not cars, noise, and pollution. However, these green travel solutions, have been reported to cause public nuisance – in the city of London “between January and June 2021, 258 collisions were recorded” and “a teenage girl died whilst riding an e-scooter after a crash with a van in March 2022.” There are also concerns that e-scooters are being used by criminal gangs. They were involved in 574 recorded crimes in London – including robberies or assaults between July 2020 and April 2021.” This sculpture explores Southampton’s relationship to E-scooters and offers a timely representation to how young people are currently getting around the city.”

BY THE SKIN OF YOUR TEETH! is on display in the windows of the Hidden Wardrobe from Friday 22nd July until Sunday 28th August and is free to visit.

You can also join us for a special ‘Meet the Artist’ event on Friday 22nd July from 6pm – 8pm at the Hidden Wardrobe. Tickets are free. Get yours on Eventbrite here

If you can’t make it to the exhibition, we will be sharing a digital launch over on our YouTube Channel. The video will go live on 22nd July from 6pm.