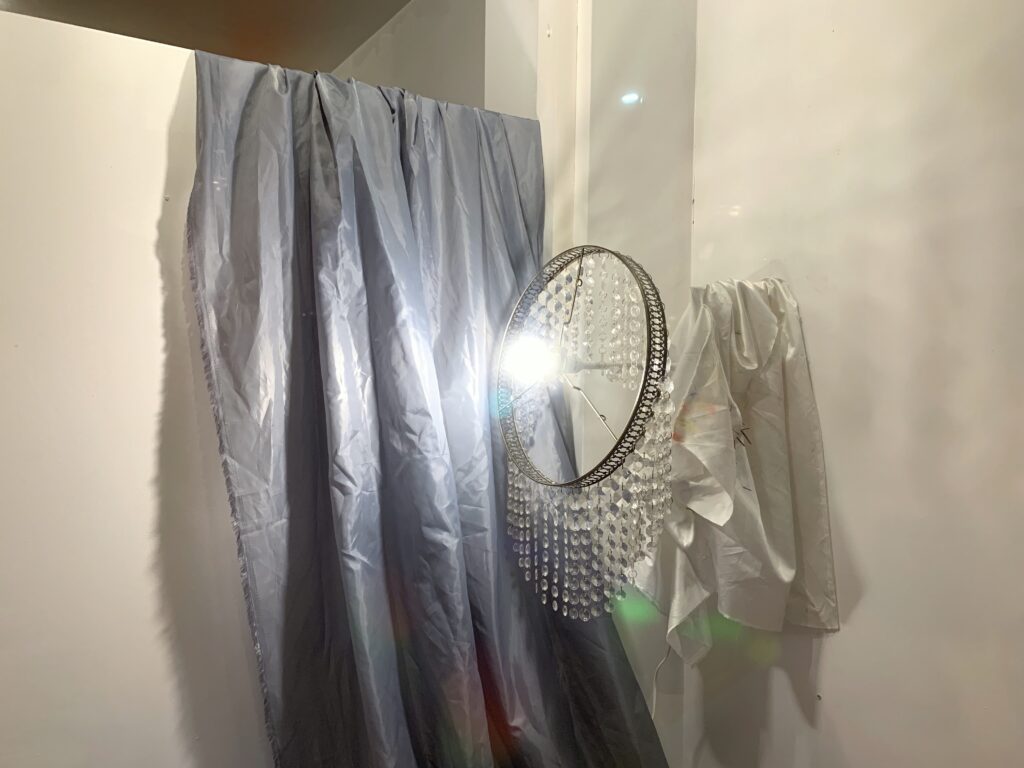 Alexandra’s multidisciplinary practice explores themes of femininity, domesticity and ritual. She is interested in the romanticism and sensuality of drapery, found objects that evoke memories and analogue photography; collecting and arranging each component to reveal an uncanny new form.

“Dust-up is an accumulation of objects and memories – an assembly of possessions that evoke potent emotions for the artist. The presence of drapery remains in this work, initially suggesting ideas of romanticism and grandeur. But on closer inspection the work confesses its own tarnished appearance, it runs on struggle and disorder before it can present itself. To contrast, amongst the install of gathered items are tender ceramic outcomes. Ornate in their form and entangled in their own plaited detail, they act as vessels lacking function. Dust-up invites the viewer to engage with the artist’s intentional struggle.”