How to Be a Successful Woman in the Workplace 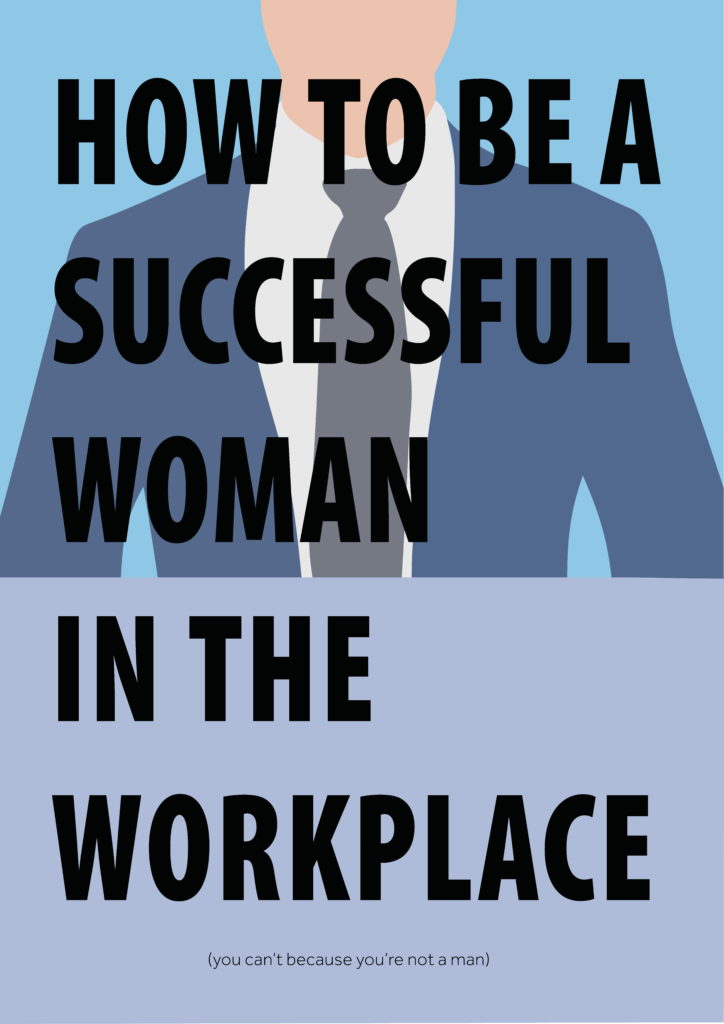 Jojo is an activist as well as an artist. Her work attempts to dismantle patriarchal, oppressive social structures by challenging and mocking the established order. She uses photography and text to confront the viewer and raise awareness of issues such as tampon tax, slut-shaming and domestic abuse.

For this Hidden Wardrobe show, Jojo will be exhibiting a new satirical work called How to Be a Successful Woman in the Workplace.

“The piece shows the absurdity of some of the many ways women are oppressed. The guide was made with a nod to mansplaining (the explanation of something by a man, typically to a woman, in a manner regarded as condescending or patronising).

It also features issues such as the gender pay gap, the glass ceiling, unfair dismissal, sexual misconduct and women not having voices.

Globally, women hold just 29% of senior leadership positions and only 20% are CEOs or Managing Directors. And whilst businesses might be starting to implement actions to achieve gender parity, 22% of businesses globally still take no action to ensure gender diversity. (information found at: www.grantthornton.global)”