OmG u LoOk So HeAlThY 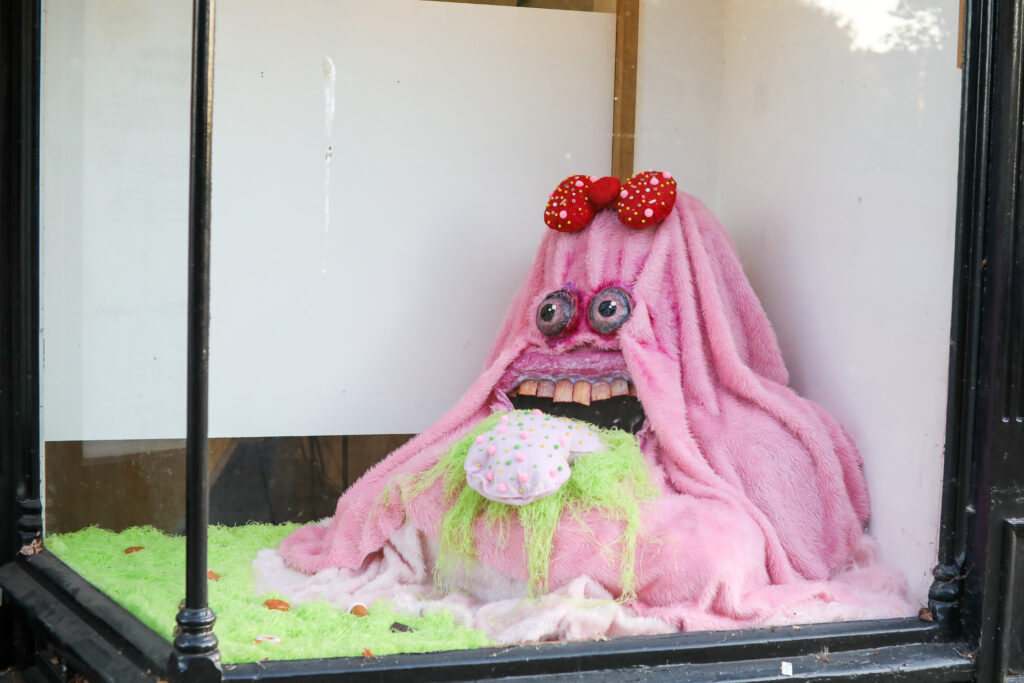 Beth makes images, animations and elaborate textile sculptures that blur the lines between appeal and repulsion. The pink, fluffy, feminine characters in her work reveal the dark and dangerous reality of stereotypical gender representations. Her work is often semi-autobiographical, drawing on her own personal conflicts to explore wider socio-political issues.

OmG u LoOk So HeAlThY is Beth’s personification of an eating disorder, presenting itself as a separate, monstrous entity. The work was made in response to comments from people demanding visual symptoms in order to validate someone’s illness, whilst overlooking the mental recovery needed also.